A new report in conjunction with Imperial College London looks at the role of small CHP plants in home and offices and concludes that micro-CHP could offer significant cost reductions and decarbonisation benefits, according to Energy Live News. 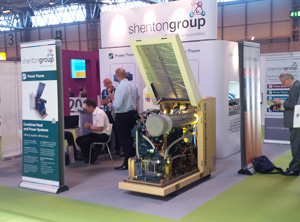 As part of the overall energy mix, micro-CHP is expected to cut infrastructure and operating costs by an estimated £5,371 for every kilowatt of installed capacity by 2050. The new report reveals that the deployment of micro-CHP would contribute significantly to reducing carbon emissions by an estimated 1,100 kg per year for every kilowatt put into place and could result in 32 million tonnes in greenhouse gas reductions in 2030.

ene.field, the partially EU-funded organisation that coordinated the report states that it is now time for European and national authorities to establish legislative framework that recognises the contributions that micro-CHP can bring to the energy transition.

If you are seeking more information on the many benefits that CHP can bring to your organisation, read shentongroup’s two CHP white papers: ‘When is CHP the right renewable energy choice?” and ‘Design and operational considerations to get the best performance from CHP systems. Click here to speak to a member of the UK’s Leading Technical Experts in Standby Power, Uninterruptible Power Supplies and Combined Heat & Power Systems.