Since installing its first diesel generator in 1982, shentongroup has listened to its clients to develop into being the UK’s Leading Technical Experts in Standby Power, Uninterruptible Power Supplies and Combined Heat & Power Systems. Celebrating its 35th year in business, as founder Richard Meek steps down to a two day week, passing control to the capable hands of the next generation, 2017 is set to be yet another year of innovation and growth for shentongroup. 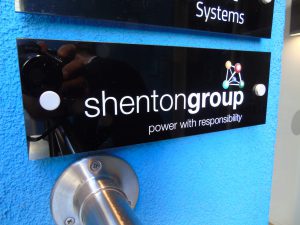 By 1987, the company’s signature Scorpion Power Systems were gaining recognition for their outstanding quality standby and prime power generation and by 1989, the company signed its first contract with the Ministry of Defense, supplying the British Army throughout the Gulf conflict.

With the maintenance and support side of the business flourishing, demand called for the establishment of Merlin Power Management, encompassing a nationwide network of engineers offering a 24 hour, seven days-per-week emergency response service.

Founder Richard Meek elaborated on his company’s growth: “By 2003 we acquired a national HV and LV switchgear company, broadening our power failure management capabilities. We were now providing our clients with a much more complete service offering”. Richard added; “To cater for smaller sites that might lack space for a permanent generator set, in 2004 we launched Power Call, the UK’s first and only fixed cost, emergency generator call-out system”. 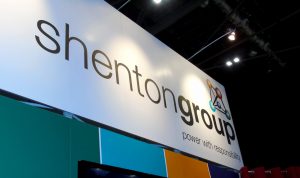 As the world began to switch onto the numerous benefits of Combined Heat and Power, shentongroup launched Powertherm CHP systems and the company is the sole authorised UK and Ireland distributor of Tedom, the leading European CHP system manufacturer.

shentongroup attributes much of its success to its staff. Comprising highly qualified and dedicated team members, a culture of client focus, team-wide support, accountability and attention to detail ensures shentongroup supplies more and more satisfied clients.

With Data Centre World taking place over 15-16 March at London’s ExCel, why not seize the opportunity to meet members of shentongroup’s winning team? Visit www.shentongroup.co.uk for more information and use the contact page to book your Data Centre Worlds time slot.