It would be a poor show not to at least mention the Rio Olympics, especially with Team GB sitting in second place on the overall medal board.

One of the most watched global events is of course bound to have an impact on National Grid power supplies. Although the country is not experiencing the same electricity demands as it did during the 2012 Olympics, something mainly down to time differences, the Rio Olympics does coincide with the National Grid experiencing some of its lowest reserve power levels in many years. 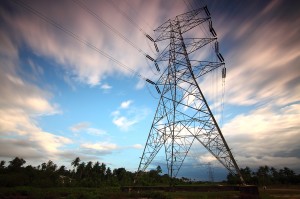 As last Saturday approached, a day dubbed Super Saturday due to stars such as Mo Farah, Jessica Ennis-Hill and Greg Rutherford competing, a demand spike of circa 400MW was predicted. A ’TV pickup’ sees increased demand during advert breaks, or at the end of popular programmes, as the public reach for electrical appliances including kettles, microwaves and additional lights.

Confirmed pickup levels throughout the Rio Olympic so far included a 169MW spike when Tom Daley won bronze last Tuesday. Although lower than the predicted 350MW pickup, the approaching weekend however, followed by the closing ceremony on Monday 00:00, will undoubtedly bring about higher than usual pickup spikes.

Regardless of whether the National Grid manages to bring greener replacements to its ageing coal power stations online in a timely manner, organisations that critically rely on continuous power supplies should have fool-proof strategies in place to cater for all brownout and blackout scenarios.