Coming from the coal industry itself, Mining Journal writes how the Powering Past Coal Alliance, an organisation comprising nearly 50 global members, has agreed on a moratorium on any new traditional coal power stations without operational carbon capture and storage, plus support of clean power through PPCA policies.  Powering Past Coal Alliance recognises that coal-fired plants currently produce almost 40% of global electricity, making coal a major contributor to climate change.  With the costs of generating electricity from wind, solar and less expensive gas plummeting, the resulting cleaner power is now the low-cost option in many jurisdictions worldwide. 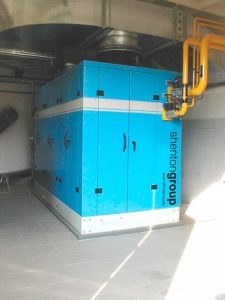 Mining Journal also conveys how, not surprisingly, The World Coal Association (WCA) says the alliance should focus on commercialising technologies to make coal power greener, as opposed to coming up with what they say are ‘overly ambitious targets’.  The WCA also referenced the International Energy Agency’s latest world energy outlook when it stated that coal would remain the single largest source of electricity generation, at 26% through to 2040.

re in the UK, it is clear that the government is striving to make the transition through to cleaner energy, but unfortunately, coal power stations are being decommissioned faster than replacements can be brought online to plug the gap in the country’s reserve power levels.  shentongroup has seen countless organisations turn to combined heat and power (CHP), a technology that generates electricity and hot water from natural gas, with a number of CHP units operating on the increasingly harnessed biogas.  With battery technology very much coming into its own, i.e. the ability to store vast volumes of energy from natural resources, shentongroup’s Power Go helps organisations to secure their continuous power, whilst steering them towards the greener energy revolution.  Power Go is the first consumer-side meter inverter/battery energy solution.  Click here to learn more.

If your organisation is determined to secure more reliable, greener and cheaper energy, speak to a member of the UK’s Leading Technical Experts in Standby Power, Uninterruptible Power Supplies and Combined Heat & Power now (click).