With disruption caused following heavy snowfall and freezing temperatures over the past week, The Independent bills the current state of the country as the most expensive weather chaos since 2010, with the problem further compounded as the snow thaws, causing flooding in many parts of the country. 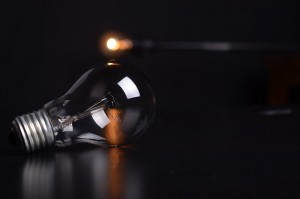 The BBC reported that power cuts had hit thousands of homes and businesses these last few days and that public transport ground to a halt, with thousands of schools being forced to shut. However, it is the power outages that should concern most businesses, especially those with data and life dependency. Even a short power outage spells a halt in services for data centres and businesses, and a lack of power for organisations operating across health sectors can spell disaster.

If your organisation is now paying closer attention to its continuous power options, shentongroup’s white paper entitled ‘How Important Is Power Continuity For Your Business?’ makes for invaluable reading.

Whether your organisation can justify its own standby generators and uninterruptible power supplies, or whether an emergency generator service providing ‘power within the hour’ is better suited, click here to speak to a member of the shentongroup team: The UK’s Leading Technical Experts in Standby Power, Uninterruptible Power Supplies and Combined Heat & Power Systems!