As shentongroup looks forward to Data Centre World 2016, where you’ll find us at stand A30, Computer Weekly this week examines the longevity of the data centre. Data centres used to be built on the basis that they could be used for some 25 years or more, with a little reworking from time to time, according to Clive Longbottom. However, power densities have been rapidly increasing, demanding different distribution models. Cooling requirements have also changed, from standardised computer room air conditioning to a range of approaches including free air, swamp, Kyoto Wheel and hot running. There has also been a shift from full volume cooling to highly targeted contained rows or racks. 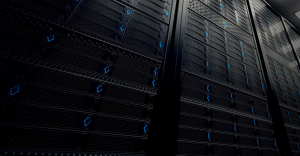 According to Computer Weekly’s Longbottom, the basic approach to IT has also changed somewhat. Physical, single purpose racks have now been superseded by abstract virtualisation, being itself superseded by private clouds. As data centres are changing massively, overall security needs to be fully maintained and continuous power supply solutions are one such part of this. According to Longbottom, the changing world of the data centre will be high on the agenda at this year’s Data Centre World.

Some 12,000 attendees will descend upon London’s ExCel over the 12th and 13th

April 2016 to liaise with an unrivalled line up of world-class suppliers.  Amongst these will be shentongroup, showcasing its array of backup generator and Uninterruptible Power Supply solutions. In addition, members of the shentongroup team will be conducting live demonstrations of the HawkEye2 24/7 standby generator remote monitoring system.

So make your way over to stand A30, and if you’d like a chance of winning a helicopter ride for two over London, don’t forget to leave your business card with the shentongroup team!