Combined Heat and Power Is Really Taking Off

Throughout the UK, Combined Heat and Power plants are replacing traditional coal power stations and the current rate of new commissions has never been greater. 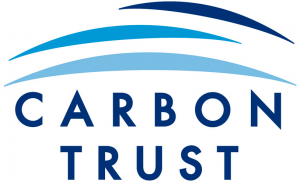 This week a £300m investment into two new CHP plants in Northumberland and Durham was announced and Natural Resources Wales has also opened a consultation of an energy-from-waste facility in Deeside based around a combined heat and power system. In addition, more and more organisations commissioning their own CHP systems in a bid to assert independence from a potentially unreliable national grid and to claw back savings over expensive mains electricity.

The benefits of CHP systems are numerous and the first main benefit is the generation of electricity from less expensive natural fuels, rather than more expensive, less environmentally friendly coal. In the case of shentongroup’s Power Therm CHP systems, the fuel is natural gas. The heat generated from electricity production is then used for heating and for generating hot water and therefore, CHP systems provide the best return on investment and cost savings, particularly when installed in buildings that use large volumes of hot water.

Other benefits that Power Therm CHP systems provide include; fixed maintenance costs, 100 per cent on board design which provides a compact, no fuss solution, an engine that does not deteriorate in efficiency, the capability to run completely independent from the electricity grid , the ability to maintain UPS to critical electrical loads during power outages and remain synchronised with the mains return and the ability to sync with a mains utility and standby generator, even both at once.

So if you are wondering what all the fuss surrounding combined heat and power is about and if you’re interested in learning how you can drastically lower your energy bills, reduce your carbon footprint and also have it paid for by The Carbon Trust, speak to a member of the shentongroup team now (click here)!