Cold Weather – A Fall in Renewables – Could CHP Be Your Answer?

As we enter the New Year, you won’t need reminding that the weather has taken a distinct turn for the worse and we need our garish Christmas jumpers now more than ever. But for numerous organisations, in particular towards the North East of the UK, ensuring heating and lighting is fully operational is of paramount importance.   Yesterday, the MET Office issued weather warnings as the UK’s temperatures plunged. Forecasters have indicated that some of us can expect temperatures as low as -8C. Yorkshire and Humberside, along with the East of England are set to expect continued icy patches and temperatures inland are expected to drop even further. 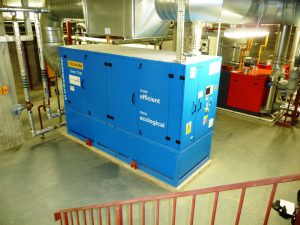 Perhaps untimely news, but according to The Guardian, renewables investment in the UK is expected to fall 95% over the next three years. Quoting research by the Green Alliance, which recently analysed the governments latest pipeline of major infrastructure plans, £1.1bn of planned investments which were cut between early and late 2016 will be followed with investment in wind, solar, biomass power and waste-to-energy projects declining by 95% between 2017 and 2020.

Although a slowdown in green energy investment has been expected, following ministers cutting several subsidy schemes over the past 18 months, the figures reveal the dramatic decline in renewable energy, jeopardising the UK’s greenhouse gas reduction targets. 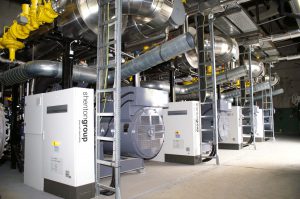 For many UK businesses, especially those with critical dependence on continuous power, this news may serve to further compound worries surrounding record-low National Grid reserve power levels. However, combined heat and power systems provide a viable and reliable energy option for many organisations, producing cheaper and greener electricity from natural gas, harnessing the heat from electricity production to generate large volumes of hot water. Our free white papers detail when CHP is the right renewable choice and look at design and operational considerations to get the best performance from CHP systems.

If you’d like to gain control over your energy supplies, speak to a shentongroup Combined Heat and Power specialist today. Click here now!