Facing up to £100m in compensation costs, British Airways is undertaking an exhaustive investigation to find out the exact circumstances of and to ensure that it’s recent cessation of service can never happen again, according to The Guardian.

The recent IT shutdown that led to up to 75,000 passengers being affected as flights were cancelled is now thought to be down to a loss of power to the company’s UK data centre, compounded by the uncontrollable return of power which created a ‘power surge’ that took out the company’s IT systems. However, as reported by The Telegraph, Scottish and Southern Electricity, which runs the network in west London, has said that its systems were in fact operating normally on the Saturday morning in question. 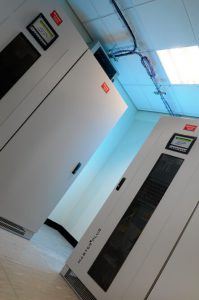 The Telegraph went on to detail how British Airways’ uninterruptible power supply is supposed to use multiple power sources, including a standby generator to maintain a constant supply to BA’s two main IT centres near Heathrow. BA’s parent company, IAG said that the issue was not linked to any problem with the external supply provided by the energy company, or with any outsourced IT suppliers in India.

The disaster meant that BA was unable to resume full service until the following Tuesday, with many passengers who had already checked in when the problem arose, still waiting to be reunited with their luggage.

Granted, BA is a huge operator, but like many companies, its IT systems depend on reliable continuous power supplies to remain fully operational. If that sounds familiar to you, why not take a look at shentongroup’s white-paper entitled “Disaster Recovery Planning – how to create a resilient strategy“. Being a regular attendee of Data Centre World and having an array of data centre clients, shentongroup is a data centre continuous power specialist.

To gain a better understanding of how your data centre or IT systems would perform in similar circumstances, click here to speak to a member of the UK’s Leading Technical Experts in Standby Power, Uninterruptible Power Supplies and Combined Heat & Power Systems.