ADE Urges Government to do more for Combined Heat and Power

The Telegraph this week calls on the government to pay more attention to Combined Heat and Power, highlighting how its flagship scheme to secure Britain’s electricity supplies risks missing out on savings of £750m per year by sidelining CHP.

The newspaper details a report by the Association for Decentralised Energy (ADE) which states that by neglecting CHP within the UK’s capacity market auction, the scheme is said to be failing business by making it more expensive to cut carbon emissions.  Some 2,000 factories and businesses have so far adopted CHP to cut an estimated £375m from their total annual bills.  However, the ADE claims that the structure of the government auction halts further benefits. 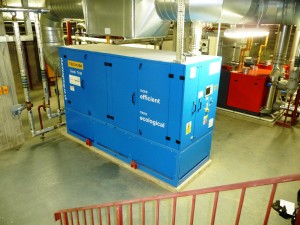 Giving CHP the same support as traditional gas power plants could more than double its capacity from around 5.5GW to 13GW, providing a major boost for the UK’s bid to secure investment in low carbon energy and a boost to post-Brexit productivity.

As the UK’ sole distributor of Tedom Combined Heat and Power Systems, shentongroup has been at the forefront of the CHP revolution for a number of years. We’ve installed CHP systems into countless hospitals, leisure centres and large employers and also supply heightened cost and carbon efficient CHP systems that run from the increasingly popular biogas. 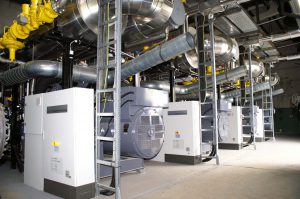 Currently, the UK uses CHP for only 6 per cent of its energy mix. However, neighbouring countries including the Netherlands and Denmark utilise CHP to a far greater extent, with it making up between 30-50 per cent of energy demand.

If you’d like to know more about the benefits of combined heat and power, check out our CHP white papers here. To speak to a member of our team, click here now.