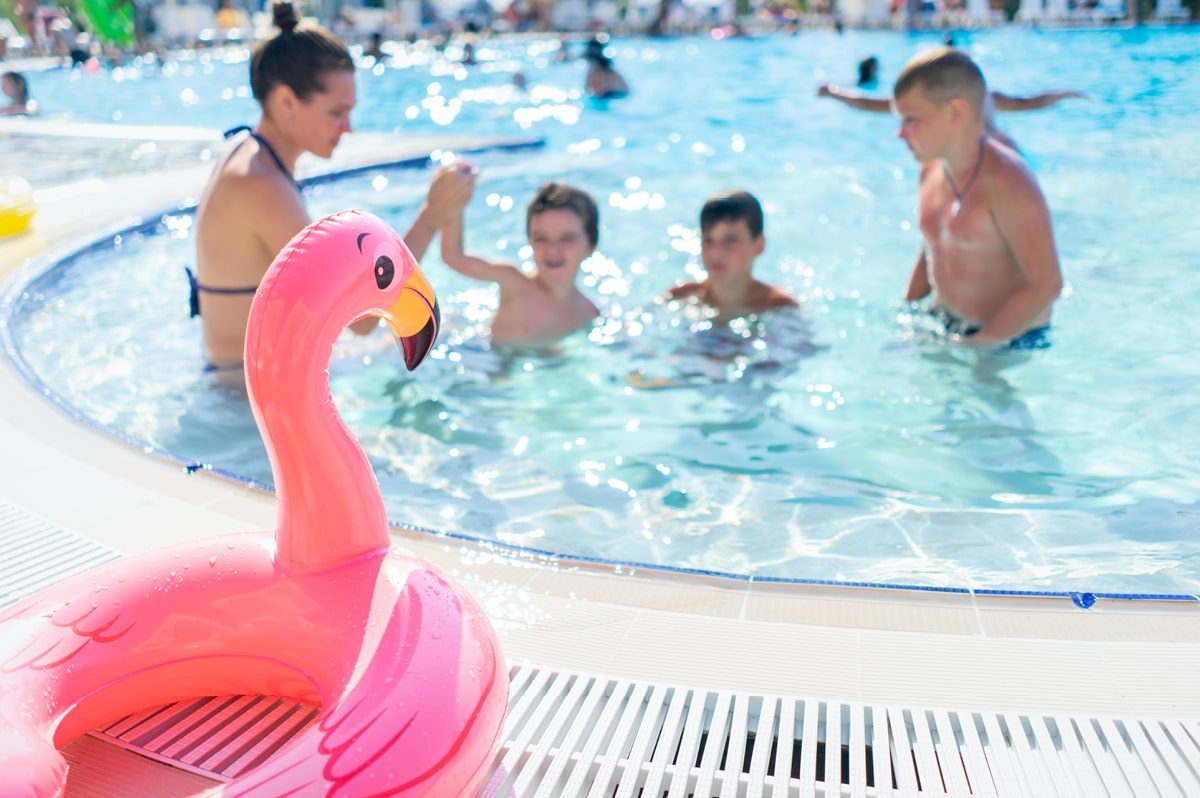 Sandcastle Water Park was approaching the limit of available mains power. As energy costs had risen considerably in the last five years, two outdated boilers were proving expensive to run.

Shenton Group provided the UK’s largest water park with a solution comprising a 200kWe Centro Natural Gas-powered Combined Heat and Power unit, along with high efficiency condensing boilers and rapid-recovery hot water storage cylinders, all supplied to a tight timescale which ensured the Water Park was fully operational in time for the peak summer season.

The 26-year-old boilers at Sandcastle Water Park posed a number of risks to the day-to-day operation of the business. Energy costs had risen to over 40% of operating overheads in the last five years and therefore, park management needed to reduce energy consumption without limiting the visitor experience. In addition, the facility was approaching it’s limit of available mains power, thus impeding the potential for future growth.

On busy days, the boilers could not produce enough hot water to meet the demand. A boiler breakdown reduced air and water temperatures so much that in the winter it could take up to 48 hours to recover, and during the holiday periods, a boiler breakdown would completely shut the water park, resulting in significant loss of revenue. However, the boilers were not the only issue; Investment in new water park features was attracting more visitors, but the infrastructure could not support the impact of the upgrades. The hot water storage tanks were unable to meet demand, and not all visitors could enjoy hot showers. If the park had to operate on only 2 boilers, it could only sustain a few hours of use. Any severe failure of the existing plant boilers and associated pumps and pipework would close the park. Also, locating parts for old or obsolete plant was becoming more difficult.

Because of limited access to the plant room – via a spiral staircase for personnel and with a small access panel in the roof, if the existing plant did suffer serious failure, the logistical and structural issues meant a straightforward replacement could take up to 5 weeks.

“A pre-tender survey was essential to progress the layout of the boiler plant, roof access requirements and structural implications. In addition, because the installation had to be completed before the summer season began, the programme required works to be carried out during the winter shutdown. Therefore, the Shenton Group team had to work effectively, accurately and rapidly in order to reach this strict deadline”.

A recommendation was made to replace the boiler plant and add a Combined Heat and Power Unit. A Council report was completed and recommended that the boiler plant and Combined Heat and Power Unit is purchased by the Council at the cost of £606,972 and met through Prudential Borrowing. The cost of the scheme will be paid back through savings on energy costs over a period of up to 10 years and recovered by the Council via reduced subsidy.

“Shenton Group worked closely with Preston Lee Chambers throughout the design and selection process and made available a number of desktop study scenario’s using our ‘CHP Savings Calculator’, which included assessments of financial and carbon savings. Including the initial cost and maintenance, the return on investment is expected to be less than three years”.

The proposal formed part of a ‘spend-to-save initiative’ as the alternative option was to install new boilers, at the cost of £451,000, without delivering the same savings on the day-to-day running of a CHP system.

A heat dump radiator was installed to permit electrical peak lopping, even
when limited thermal demand was available. This allowed future-proofing of the incoming electrical supply by giving the mains incomer 200kW of spare headroom as a result of generating it on-site.

The narrow, compact footprint of the Cento CHP Unit design allowed lifting through the limited space via the plant room roof. During installation, modifications were made, and bespoke hinges were fitted onto the CHP unit’s doors to allow optimum functionality in a limited space.

This contract enables the client to place all maintenance risks with Shenton Group, thus giving totally predictable maintenance costs, as well as peace-or-mind.

The job was completed within the tight deadline set out by Sandcastle Water Park. The Cento CHP unit is now providing a large proportion of the total site demand per year, significantly offsetting grid electrical and thermal energy.

As well as benefitting from a more than capable solution which, not only allows for business expansion, the Cento CHP system also brings with it significant day-to-day energy savings.

Because Sandcastle Water Park’s Centro CHP system is fully supported by Shenton Group’s Infinium24, CHP maintenance and support programme, the organisation has additional peace of mind that business and service continuity will not be threatened.